Mika-Markus Leinonen, a Finnish diplomat by origin, is currently serving as the permanent Chair of CIVCOM (Committee for Civilian Aspects of Crisis management) since joining the EEAS in 2011. He has extensive experience in CSDP from its beginning, both from a member state and Brussels institutions’ perspective.  He entered the Finnish Foreign Service in 1990 and subsequently served in Embassies in Chile, Belgium and Nato. After various years  spent in Brussels in the CFSP/CSDP units of the Council General Secretariat and the Finnish representative to CIVCOM, he became the Director for civilian crisis management in MFA Helsinki. In 2007 he was appointed  as Director of DGE9 (civilian crisis management) of the Council Secretariat and later also the Adviser for civilian capabilities. 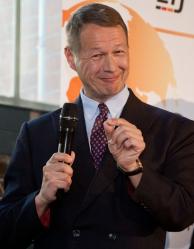