Hansjörg Haber, a seasoned German diplomat, currently is EU Civilian Operations Commander and Director of the CPCC in the European External Action Service.  As Civilian Operations Commander, he exercises command and control at strategic level for the planning and conduct of all civilian CSDP operations. Previously, from 2008-2011, he was Head of the European Union Monitoring Mission in Georgia. An economist by trade, he entered the German Federal Foreign Ministry in 1982. Most recently, he was German Ambassador in Beirut (2007-2008). Previous posts included Head of the UN Division in the Federal Foreign Office as well as Head of the Press and Information Office in the German Embassy in Moscow.  He has also been posted to Ankara, Paris, Moscow and Manila. 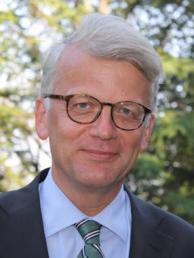